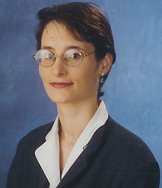 TALI ROSEN, Adv., became of counsel to Sherby & Co. in June 2004, shortly after her return to Israel from a five-year stay in New York City. During that period, Ms. Rosen became one of the few Israeli-trained lawyers to practice both in international commercial litigation and international corporate law. A graduate of the Hebrew University of Jerusalem (1996), Ms. Rosen was admitted to the Israeli Bar in 1997. In 1997 and 1998, she practiced in Tel Aviv, specializing in civil litigation, general commercial law, and property law. Ms. Rosen started her New York career in 1999, as a Projects Coordinator with Israel’s Economic Mission to North America. In that position, she introduced Israeli high-tech start-ups to the New York financial community, and she assisted Israeli companies in entering the American market. Ms. Rosen was later associated with the law firm of Zysman, Aharoni, Gayer LLP/ Sullivan & Worcester LLP for two years, and then with the firm of Shiboleth, Yisraeli, Roberts & Zisman LLP for another two years. In those firms, Ms. Rosen practiced both in the corporate and litigation fields. Her corporate experience included federal securities matters, private placements transactions, joint ventures, executive employment negotiations, intellectual property matters, and hotel management transactions. Ms. Rosen’s litigation experience in New York included handling a variety of commercial disputes, both in court and in arbitration. In addition to being a member of the Israeli Bar, Ms. Rosen is admitted to practice in the State of New York, and in the federal courts of the Southern District of New York and the Eastern District of New York. Ms. Rosen can be reached by e-mail at tali@talirosen.com and www.talirosen.com.